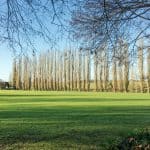 Hook is a large village and in the Hart district of northern Hampshire. It has excellent primary schools and a significant village community feel with many annual community events for residents such as Hook Flower and Produce Show, Hook Summer Fair, Hook Beer Festival. Hook Common is a large area of forest and heathland with walking trails and local wildlife such as Exmore ponies.

Situated 6.2 miles east of Basingstoke, 36 miles north east of Southampton and 41 miles from London. Accessible via the A30, just north of Junction 5 of the M3 motorway. Hook is served by a main line rail station, linking to London Waterloo and Basingstoke and one of the few national TaxiBus services.