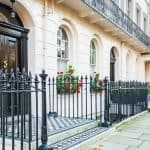 Commissioned by the 2nd Marquess of Westminster in the mid-nineteenth century, Thomas Cubitt created what is now considered by many, the jewel in Prime Central London. Lying to the west of Buckingham Palace, nestled in between Knightsbridge, Hyde Park, Sloane Street and Victoria, it is one of the most desirable postcodes in London. Belgravia is mainly residential, consisting of garden squares, grand white stucco-fronted terraces and detached mansions. Notable addresses include Belgrave Square, Eaton Square and Chester Square.

The area boasts many of the most internationally renowned retail outlets, Michelin starred restaurants and a selection of schools.

The nearest London Underground stations are Hyde Park Corner and Knightsbridge for the Piccadilly line, Sloane Square for the District and Circle lines and Victoria station for the Circle, District and Victoria lines, National Rail (including to Gatwick Airport) and coach services.