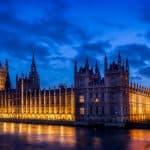 The City of Westminster is a city and borough in Central London which is home to Buckingham Palace, Westminster Abbey, The Houses of Parliament and much of the British government including 10 Downing Street..

The borough is divided into a number of localities including the ancient political district of Westminster; the shopping areas around Oxford Street, Regent Street, Piccadilly and Bond Street; and the night-time entertainment district of Soho. Much of the borough is residential with some of the highest quality prime London real estate available.